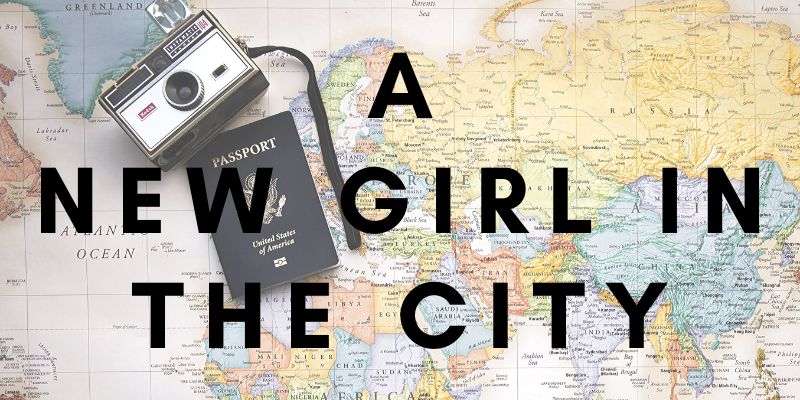 I am still in shock that I have now climbed The Great Wall of China. I have wanted to visit this landmark for as long as I can remember. Getting to China and getting to the Wall wasn’t ever going to be an easy feat but I was determined to cross this off my bucket list. As soon as I got the job in China, the planning began. So I’m excited to finally share my experience climbing the Great Wall in November!

Getting to Beijing and the Wall
I took a train from Shanghai to Beijing on a Wednesday because I love trains but this became an entire day ordeal that really ruined my day. I was crashing on my friend’s cough in Beijing and another friend was going to the Wall with me! Since we were going to the Badaling section of the Wall, we decided to leave early in the morning. We needed to catch our train at about 9am so I had to leave the apartment at about 5am in the morning (I know!) so I could ride the metro to the station. We ended up missing our train but we took a taxi instead. My friend if Chinese so he was able to negotiate a good price for us. It took us about 1.5 hours in a car to get to the Wall but it was a painless experience. Once we actually got to our location, we had to take another bus to the ticket center. My friend and I got tomato noodles for breakfast so that we had a full stomach for the wall. We took a free bus to the Wall, bought our tickets (like many things in China, we were able to use our phones and WeChat), and walked over to the entrance and begin our descent. 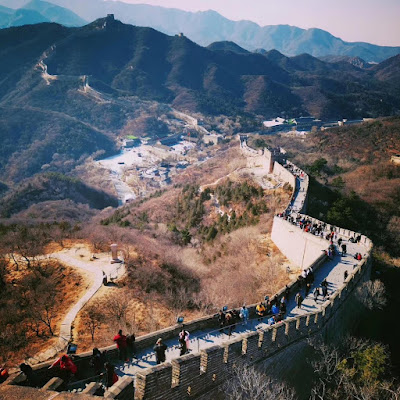 The Great Wall at Badaling
The Badaling section of the Great Wall is the most visited section and I knew this going in. I was initially worried about how busy it would be so we decided to go early in the morning to beat the traffic. By the time we got inside and came to the actual Wall, it was about 10am. We decided to go on the North side of the Wall as it is considered the most scenic of the two (North and South). Since we began traveling so early in the morning, there were barely any people there.

For the most part, the climb was not all that difficult. There were certain sections that were far more steep than anticipated so I did use the handrails as necessary. I’m also scared of heights so there were moments where I felt like I might fall but I was able to stop and steady myself. I would highly recommend bringing several bottles of water because that really helped. Taking time to breathe and adjust to the changing in elevation was also very important.

The views, on the other hand, and just being present in the moment was worth all of the pain and
anxiety for me personally. So much history had taken place at the Wall that it almost didn’t feel real. This section of the Wall had been built in 1504 in the Ming Dynasty which is a little over 500 years ago. Human innovation never ceases to amaze me. Imaging people regularly walking and handling armor is mind boggling to me. 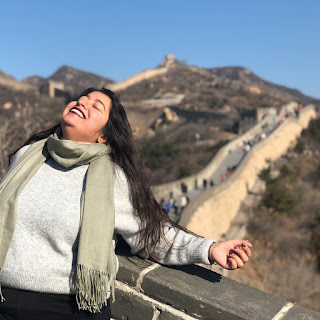 As you can see from the image above, even going to the Wall at the end of November doesn’t let away from a beautiful view. It was also really amazing to know that this is now an experience that I share with millions of people from all over the world. Walking the Wall, I heard so many languages spoken by people from all over the world and it’s such a great shared experience.

I would highly recommend bringing several bottles of water for the climb. It really helped to drink water throughout the climb and I’m glad I brought more than one bottle. Like I mentioned above, take a look at the weather to determine what kind of clothing you need to wear. I brought a book bag with me so I was able to keep all of my identification, water, jacket and other nicknacks.

The Weather
I figured I should I should talk about the weather. I went to the Great Wall on November 28, 2019 so it was in the middle of winter. It was about -4 Celsius in the morning and I can’t remember the temperature when we left. I wore thermal legging and shirt underneath my jeans, sweater and jacket. While climbing the Wall, as I mentioned above, I got really hot so I took my jacket off. Even in that cool weather, I was comfortable without a jacket. We left at around 2pm and it had gotten considerably warmer.

I’m not sure what else there is for me to talk about when it comes to this experience but it’s one that I will cherish for the rest of my life. There’s just something so incredible to consider the history that exists in one place. Have any of you been to the Great Wall? If so, what did you think of that experience?