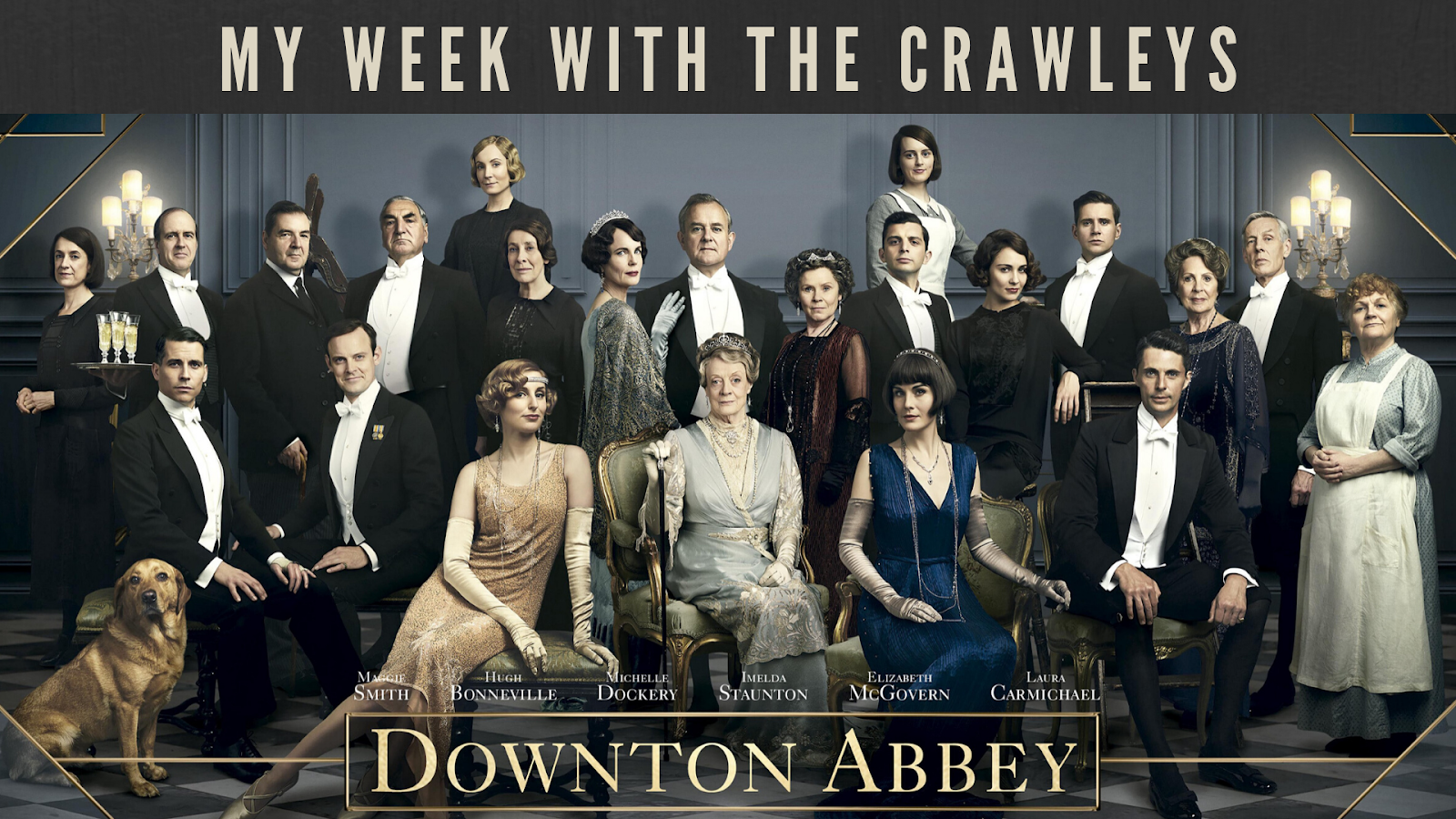 For the past week, I have spent all of my time with the illustrious Crawley family once again. I’ve watched Downton Abbey since it first aired in 2011. I love period dramas in all forms (TV shows, movies, books, etc), and Downton Abbey was no exception. I distinctly remember falling in love with the world, the characters, the setting and so much more. I saw that the entire show was on Amazon Prime, and with nothing but time on my hand, I began my re-watch. In this post and the next few, I’ll share about my love for this show by talking about my favorite characters, stories, and the costumes/set for this show! 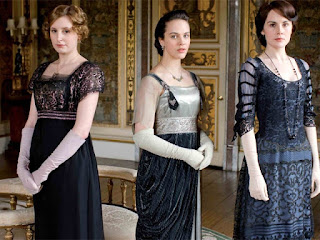 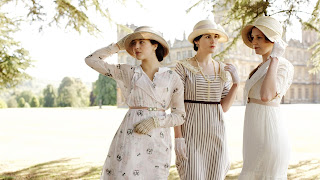 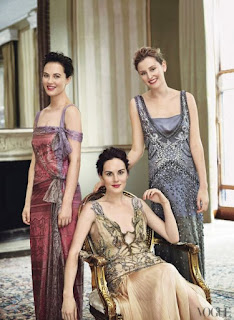 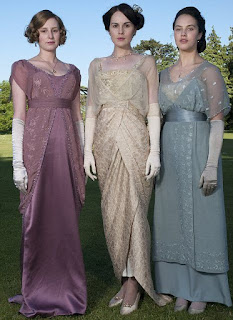 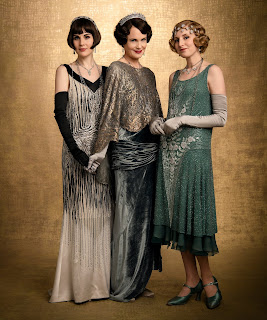 It should come to no surprise that when I was writing a post about the costumes on Downton Abbey, that I would have a spot for all of the quality women. Considering the wealth and the position in society that these women held, the clothes that they would wear would be just as extravagant as their lifestyle. I find that costumes are one of the best ways to tell time and to tell the time period in which shows are set and Downton Abbey is no exception. From the shoes to the hats to the colors and styles, there wasn’t a single missed moment in terms of the clothes. I also found that the clothes were a great indication of the age of all of the women and their place in the family. For example, Sybil as the youngest daughter had more freedom in terms of her costumes. Mary, on the other hand, as the oldest had to look like perfection at all times. She couldn’t have a single article of clothing not in the right place. Like I’ve mentioned already, So much of Mary’s story arc relies on her getting married, especially to the heir of Downton. For this reason alone, it doesn’t surprise me that Mary always had the best clothes of all the girls. At the same time, we also see that symbol is the sister to take a chance with her clothes and in the same vein, is the sister that takes a chance with her life as well. 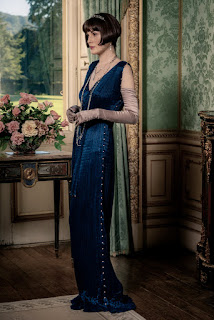 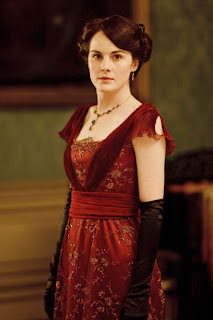 Like I mentioned above, all of the clothes that Mary war were damn near perfection. She had some of my all-time favorite costumes of the entire series. They had so much elegance and class and it wasn’t hard to see that it was also expensive. Mary has always had an understanding of what role she plays in her family and she takes this in stride. In some ways, I feel as though her extravagant clothes are almost a way of cleaning a little bit more of herself in a society where she is being told to she is and what she needs to do. I love that she is always put together whether it is because she feels she has to be or because she wants to be. I could be just putting way too much stock into this but as the series progressed I felt as though Mary almost wore her clothes like armor; as long as she was always put together and give the illusion of having a life together, no one would actually know how much she was falling apart inside. 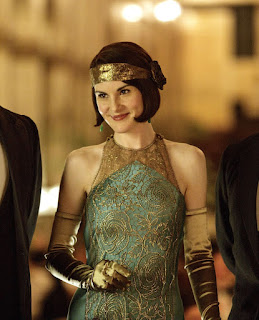 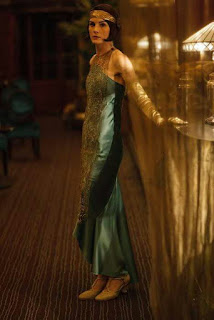 I want to take a moment to talk about the stress especially. From the moment that Mary walked on the screen wearing this dress, I was in love. It is the perfect blend of colors and textures and patterns and Michelle Dockery look really amazing in it. I also appreciate that the stress was almost a callback to who Mary was before Matthews death. Obviously, her life changes drastically as she is wearing this dress and I think that it was a great call back to the woman she was before. I think it also gave her a chance to be the extravagant woman that she wants to be but also someone that others will take seriously. It was probably the most no going back dress that I’ve seen on the show and I absolutely love it. 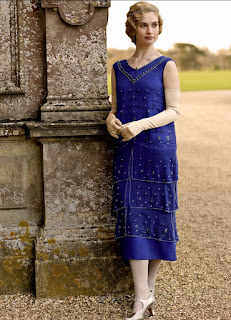 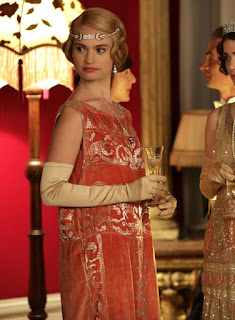 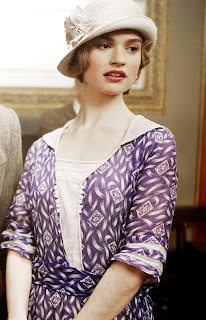 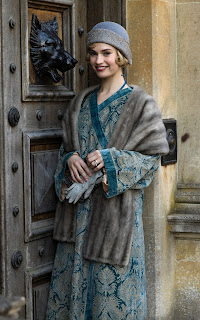 Rose is one of the youngest characters on the show and I think that her costumes really reflect that. She tends to wear a lot of different cuts and a lot of different types of fabrics and colors. She, like Sabor, or is able to really experiment with the clothes that she wears. Again, as she is wealthy and is able to afford whatever costumes she wants this isn’t hard to do. I appreciate that Downton Abbey is able to show us how your birth order can reflect in the type of clothes that you wear. She’s also an incredibly independent woman and doesn’t really allow others to dictate what she does. 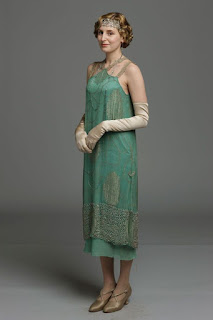 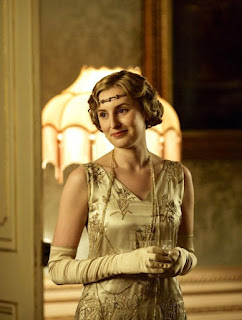 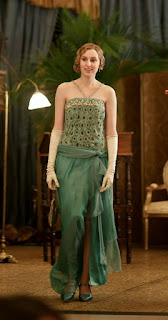 I absolutely love the fact that Edith went from being the character that everyone felt sorry for her to outranking her entire family and getting happily ever after. I think that her costumes really reflect the fact that she is often the forgotten sister. While Mary has the more traditional clothes and Sybil can really take the chances at wearing different types, Edith is stuck in the middle. I especially love the types of costumes Edith wears when it’s special occasions. During the moment she meets her future mother-in-law, Christmases and other holidays, and a few other moments in time that she looks utterly stunning. 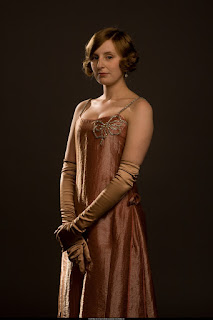 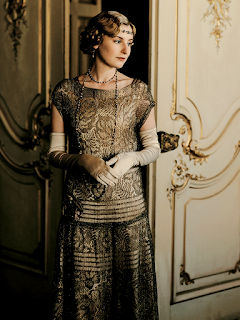 I’m not entirely sure what it is about either of these two costumes that I love so much but they are utterly stunning. Not only are the patterns very intricate but I also think the colors look really good on Edith. In my personal opinion, she also pulls off gloves very well. Edith tends to keep her jewelry and make up very simple but the details are always in her dresses. 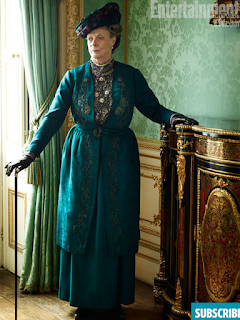 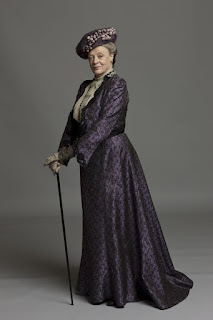 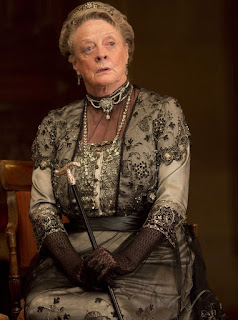 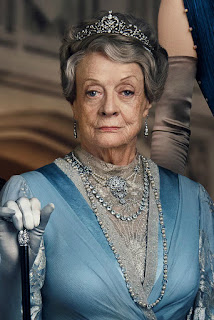 Aside from the fact that this is DameMaggie Smith, I do like the fact that Downton Abbey shows us how older women in this time period would dress. Not only that but she is a dowager Countess so she has an extra level of pressure to present herself in a specific way. I love that she can wear the most monotone colors to the brightest of colors, ornate jewelry or no jewelry at all and continue to look absolutely stunning. 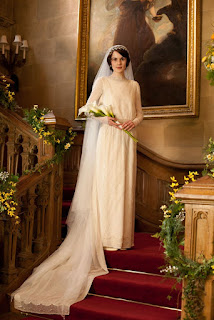 Mary: May 1920
If I’m very honest this is my least favorite of the dresses. I think that it really reflects Mary’s standing, however, so I know why it’s so plain. She is the oldest and it is the 1920s so I can understand where the fashion would be so different. A lot of the focus is on the veil and not the dress itself. 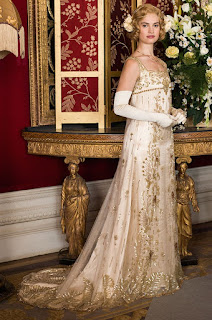 Rose: Summer 1924
Aside from the four year difference between Mary and ROZES wedding gowns, there is also the difference in the ages that can account for why their dresses look so different. Rose does not have all of the confinement that Maria does and she’s also a very open person when it comes to her fashion. Her wedding dress has short sleeves, stunning details, and doesn’t focus on the veil as much. Of the three wedding dresses I am featuring in this post, this is my all-time favorite. I also think that this wedding dress is the one that would work well even today. 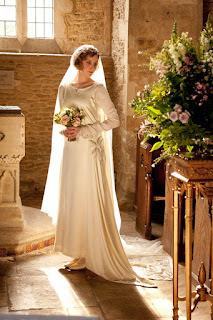 Edith: 1925
Even though this is the latest wedding of these three in the series, I prefer Edith’s just to Mary’s. Even though it is the long sleeve and does not have as much lacework as roses dress, I do appreciate the bow at the side and the different fabrics in the dress. The lease is also important in the stress and I think that they both work wonderfully.

Do you like the costumes of Downton Abbey? Isn’t it interesting how the costumes of the servants and the lower class as vibrant as those of the upper and upper middle class? The costumes are such a good indication of the social class of the characters. It always astounds me to see how much fashion has and hasn’t changed.