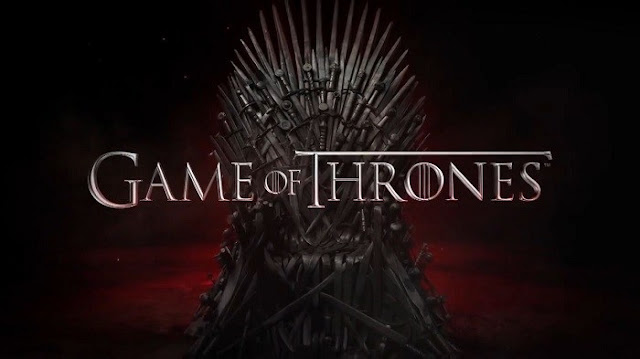 I do not have words to describe what I am feeling at this very moment in time. After 8 years, 8 seasons, and 73 episodes, Game of Thrones will be coming to an end. This journey has been a rollercoaster of emotions and I am prepared but unprepared for this end.
I have watched this show since it first aired. I remember hearing that HBO was going to be adapting the books into a show. I remember hearing the cast announcements and all of the updates HBO gave us. I remember string with my laptop in April of 2011, a junior in high school, ready to transport myself to Westerns.
These 8 years have not been easy. There have been several moments in this show that have tested me in so many ways. I have cried over these characters and their deaths. I have yelled at the screen over ridiculous story lines. I have anxiously waited for the new season to come on in the spring so I can relive all of these emotions over and over again. To think that I will no longer have a season go Game of Throne to look forward to is astounding.
I have too many favorite scenes and characters to talk about but I wanted to talk about 8 of my favorite scenes, characters, and music from this series. They will not be in any sort of order but truly meaningful aspects of this show.
***There will be spoilers obviously! If you haven’t caught up on all 8 seasons, don’t read the rest of this post!***
CHARACTERS

I don’t think I could ever talk about this show without talking about how much I love the Starks. I could write an entire paragraph about this family. From Ned to Catelyn to Robb to my loves Sansa and Arya and Bran and Jon, I love these people so much. Rickon, for as long as he was in the story, was also an important member of the house. Even Benjen, y’all, is a wonderful character. Ned Stark, the patriarch of House Stark, is known for being honorable. One of the first things we learn about him is his honor is extremely important to him and how there has been one moment in his life where he has waived from that. It has resulted in the birth of Jon Snow and the only make on his honor. But even more important is his family and he shows this time and time again.
In the beginning Sansa and Arya are vastly different characters. Arya has always been strong headed and not really the lady her mother and sister are. Her path will always be different from theirs. She and Jon Snow are extremely close and their closeness can be attributed to how different they are from their siblings. Arya has always been a girl after my own heart and there isn’t much I wouldn’t do for her. Sansa, on the other hand, is just like her mother. She wants to be a lady, marry a prince and have his children. Sansa, in my opinion, is the strongest Stark at the very end. How she survived so much of what she has gone though as been astounding to me. While not my favorite in the beginning, she was the unexpected marvel of this show.

How is it possible for me to list the Starks and the Lannisters on this list? Well, the Lannisters are some of the most compelling, well written and exceptionally portrayed characters of this entire series.  Lena Headey as Cersei Lannister, Charles Dance as Tywin Lannister, Peter Dinklage as Tyrion Lanniseter and Nikolaj Coster-Waldau as Jamie Lannister all bring their characters to the screen in a way that is incomparable.
SCENES

Cersei Lannister and the Sept of Baelor

I mentioned Ramin below and how much I love the music of this show. One of the best of the show was presented in this episode “The Light of the Seven.” Among other things, Cersei really presented herself as someone who would do whatever necessary to keep herself on the throne. Margery Tyrell, played by Natalie Dormer, was one of the best players in the game and she proves that in this scene. It’s just beautifully shot, the music is stunning and it really changed several courses the characters would take in the show.

I cry every single time I watch this reunion. The two Starks who never got along, never talked on screen or interacted until this very moment are the first in the show to be reunited. Letting go of the resentments and feelings they carried about each other, Sansa and Jon realize that nothing is more important than family. As much as other reunions have meant to me (Jon and Arya for example), the way that Kit Harrington and Sophie Turner are able to show us how Jon and Sansa feel is astounding. Sansa, for the first time in a long time, truly feels safe. And Jon isn’t the bastard son of her father but her brother. Sansa is Jon’s sister and Jon does have people in his life the love and support him. It gets me every single time.

Yes, I’m putting this scene on this list. When everyone first watched this scene, there was so much shock at the fact that the creators of this show skilled off their main character. It’s not even a “he might be faking it.” Ned Stark, the most honorable man in Westeros, is dead. Aside from what it meant to the show,  this scene propelled the character arcs of two of my favorite characters of the show: Sansa and Arya Stark. Seeing their father beheaded led both girls on vastly different paths but they both ended up back in the North, never forgetting what their father taught them. Truly, until the very last moment of his life, he was honorable. He died in season one but his presence has been there till the very last moment.
“When the snows fall and the white winds blow, the lone wolf dies but the pack survives.”

There are so many iconic scenes with Arya that I could put on here–such as killing the Night King–but in the end, this scene won. I was too traumatized by the Red Wedding to put it on here but when Arya got revenge for all of those deaths, I have never felt more…proud? Shocked? Ecstatic? Arya Stark destroyed an entire house in the most boss way possible. It was also one of the best ways to begin a season that Game of Thrones has ever had and I can not tell you how many times  I have watched this scene.
“Leave one wolf alive and the sheep are never safe.”
“When people ask you what happened here, tell them the North remembers. Tell them, Winter came for House Frey.”

This man has composed some of the most iconic scores in television history. Light of the Seven, featured in Season 6, episode 10 “The Winds of Winter” has become on of the most well known pieces of music he has composed. However, it’s not just the Light of the Seven that is amazing. If you have watched the show at all or just the scenes above, you will notice that the music fits in perfectly with the scenes and instead of taking over the acting or cinematography, the music elevates the scenes. Ramon Djawadi has such precision in inserting his music into the show that is seamless.

As the show progressed, so did the cinematography and by the time season 8 came around, there was nothing quite like the camera work that was being done on television. Regardless of what was thought about in the story or character arcs of the show, Game of Thrones gave us some absolutely beautiful scenes.
SO MANY MORE
Theon Greyjoy
He has one of the best character arcs of the show and I loved how he finally redeemed himself. Yara, Jon, Bran and especially Sansa let him know that he is both a Greyjoy and a Stark.
The Jon Snow Revelation
While many guessed who Jon’s real parents were for a while, finally having confirmation was really nice. The shift from baby Jon to adult Jon is stunning.
The Red Wedding
I mean, what do I need to say about this? We all collectively sobbed and yelled at our screens when this happened. We always knew that Thrones didn’t mind killing of its characters but this was a whole another level.
Battle of Blackwater
That moment the wildfire explodes is stunning and this is the first big battle and really set the mood for whats to come.
Battle of the Bastards
I love the moment Jon takes out his sword and faces the army coming his way and how in an instant, he is surrounded by chaos. The music is beautiful, the direction, the cinematography, everything is perfect.
Littlefinger’s Death
Just when Littlefinger thought he had the Stark sisters at odds with each other, they pulled one on him and eventually led him to his death.
Tyrion Defends Himself
Peter Dinklage deserves all the praise and then some for this scene among so many others.
Shireen Baratheon is Burned Alive
I have never been so angry at a scenes or hated a characters (Selyse and Stannis) more.
Hodor’s Death
I was sobbing when this happened. It was unexpected but it made sense and it changed a lot of what Bran knew about his powers.
Cersie’s Walk of Atonement
Lena Heady is a masterful actress.
The Wall is Destroyed by the Night King
And so it begins!
Jon Snow Is Murdered
Y’all!!!! When this happened there was so much collective shock! We couldn’t even assume that Jon was gonna come back because remember what happened to Ned?
Jon is Resurrected
Thank you, Mellesandre!
Joffrey’s Death
It was so well done and satisfying. This was also when we thought that the worst antagonist of the show had died but we weren’t prepared for Ramsay. Speaking of…
Ramsay’s Death
Sansa getting her revenge was beautiful and his death fit his crimes so well.
Gendrya
I shipped them so hard so when it finally sailed in season 8, I was so excited. We’re going to ignore what happened right afterwards though and the fact that the ship didn’t truly sail.
Sansa Stark, Queen of the North
I have never wanted anything more and I have never been happier by the ending.

How did you all feel about the ending? Was it what you wanted? There is a lot more about it that I haven’t mentioned because I really wanted to focus on the positives of the show and what I’ve loved best about it.

And So I Begin Again
Review Round Up (#3): Back to Reading