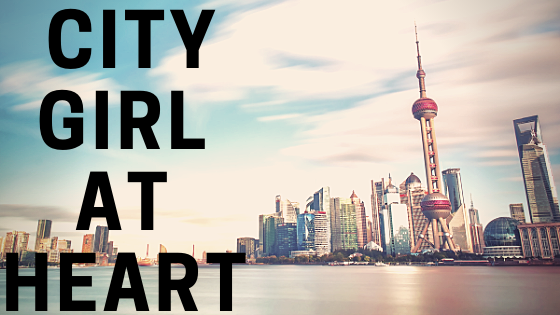 I have been living in Shanghai, China since early September 2019 and having to come back and stay in my small(ish) South Carolina town for a little over a month, I have come to a conclusion that isn’t all that surprising: I love big* cities. In all seriousness, I really, really love big cities.

This might sound like the most ridiculous statement to declare. It’s probably worse that I’m using an entire blog post to talk about this fact but I’ve come to realize how important cities are to me. I was born in a big city (Kolkata**!) and have grown up in various cities in India and when I first moved to the US, we came to Atlanta**. It was my first experience with a big city in the US and I loved every moment of it.

After eight wonderful years in Atlanta, my family moved to a small town in South Carolina and it was not the same experience. I missed being in a city so much. My first visit to New York City, however, led me to understand that I’m meant to be in a big city. The freedom and the possibilities that come from being in a place that never sleeps was everything to me. I don’t really know how to not move constantly and a big city works well for my nature.

At the end of the day, I think this is just a long winded way for me to admit that I miss being in Shanghai. No matter how many days I have in the city that really leave me feeling down, I love being able to leave my room, get on the metro and go just about anywhere in the city. While I do drive, I have driving anxiety and not having to worry about that really helps me.

*Big is obviously a relative term.

**Obviously, Atlanta isn’t as big as New York City or Shanghai but compared to the my small town, they are huge. My town has a little over 18,000 people, Atlanta has almost 500,000 New York City has over 8 million, and Shanghai has over 24 million! I have also been to other large cities such as London (9 million), Beijing (over 21 million), and Paris (over 2 million) among others.

My Social Media Break
I Watched 15 Seasons of Grey’s Anatomy: My Favorite Characters

And So I Begin Again
Life Update
My Social Media Break