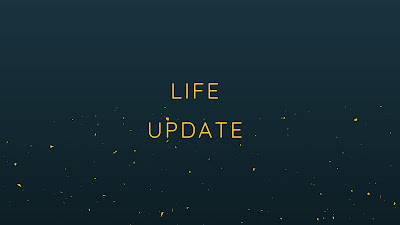 After spending the first week or so of January sick, I wanted to focus on getting completely better and preparing for my trip to India in February. Life had other plans because it was like the flip of a coin: I was sick one week and I was perfectly fine the next. Last week, however, things really took a turn when I got the flu.
I had to go to the doctor, get diagnosed, and take medication which was great because I felt like I’d been hit by a truck the first two days. Every year for as long as I can remember I’ve gotten the flu shot and the first year I didn’t get the shot, I got the flu. Over the years I developed a cough and congestion but it was normal for the seasons changing.
Next week I’ll be heading back to the motherland after nine years. I won’t have as much access to the internet there as I do here so there won’t be any posts going up. I had every intention of scheduling several posts per week during the time I was gone but life had other things in store for me. I will do the best I can before I leave to write up a few I had plans but if there aren’t a lot of posts going up, that’s why.
On My Screen Lately (1)
30 Before 30