Once Upon A Time is one of my all time favorite shows. I’ve watched this show since it first aired on television and I’ve re-watched the show several times. I realized that I’ve never actually talked publicly about my love for this show so I thought it was time I ratified this! As this show is so huge, spans seven six seasons and has more story lines than I can keep track of, I have split my thoughts into various posts. This post will be specifically about my favorite characters! I’ll also share my thoughts on my favorite couples, my favorite and least favorite story arcs, and random thoughts that I have about the show in general! So, lets get into this post! 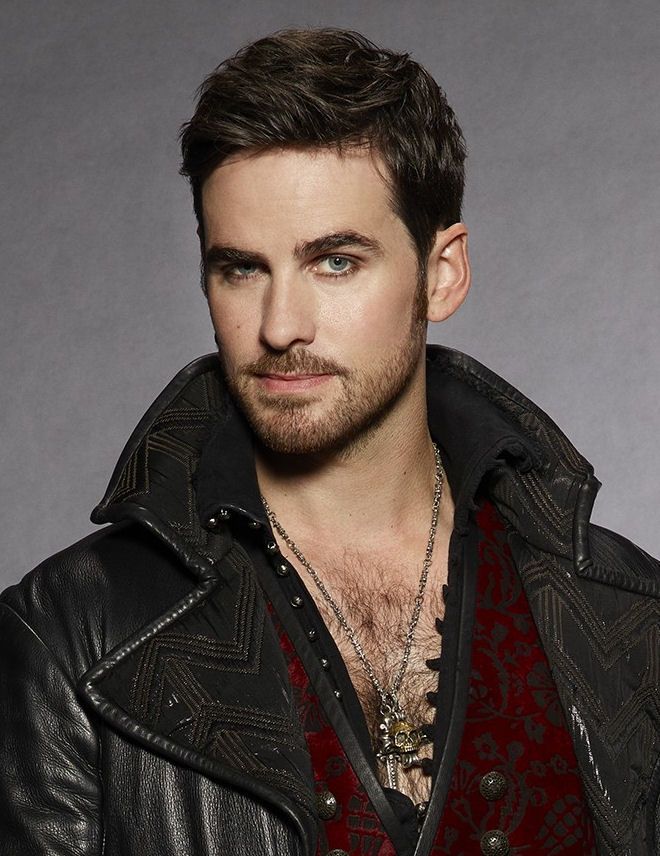 Killian Jones aka Captain Hook
There was no doubt that Hook would be on my favorites list. From the moment he came on the show, I fell head over heels in love with him and his character. In the traditional stories of Captain Hook, he is introduced as a villain and working activity against our heroes. As much as I loved the chemistry between Hook and Emma (and I shipped them from the beginning), I had to wonder if he was someone that I could root for. I don’t know why I doubted the creators and writers of this show because they really took Captain Hook’s character and really changed him. You can’t help but fall in love with Hook, with Hook and Emma, and just wanting the best for both of them. Plus, you even see the moment when Captain Hook is replaced with Killian Jones. That transformation is incredible to watch.

In this version, Captain Hook is far younger and charismatic than ever before. He’s also attractive and has a depth to his character that we don’t get in other versions of him. Colin O’Donoghue really took this role and made it his own. If there’s one thing that this show got right, it was casting. It’s hard to now think of anyone else but Colin portraying this character. 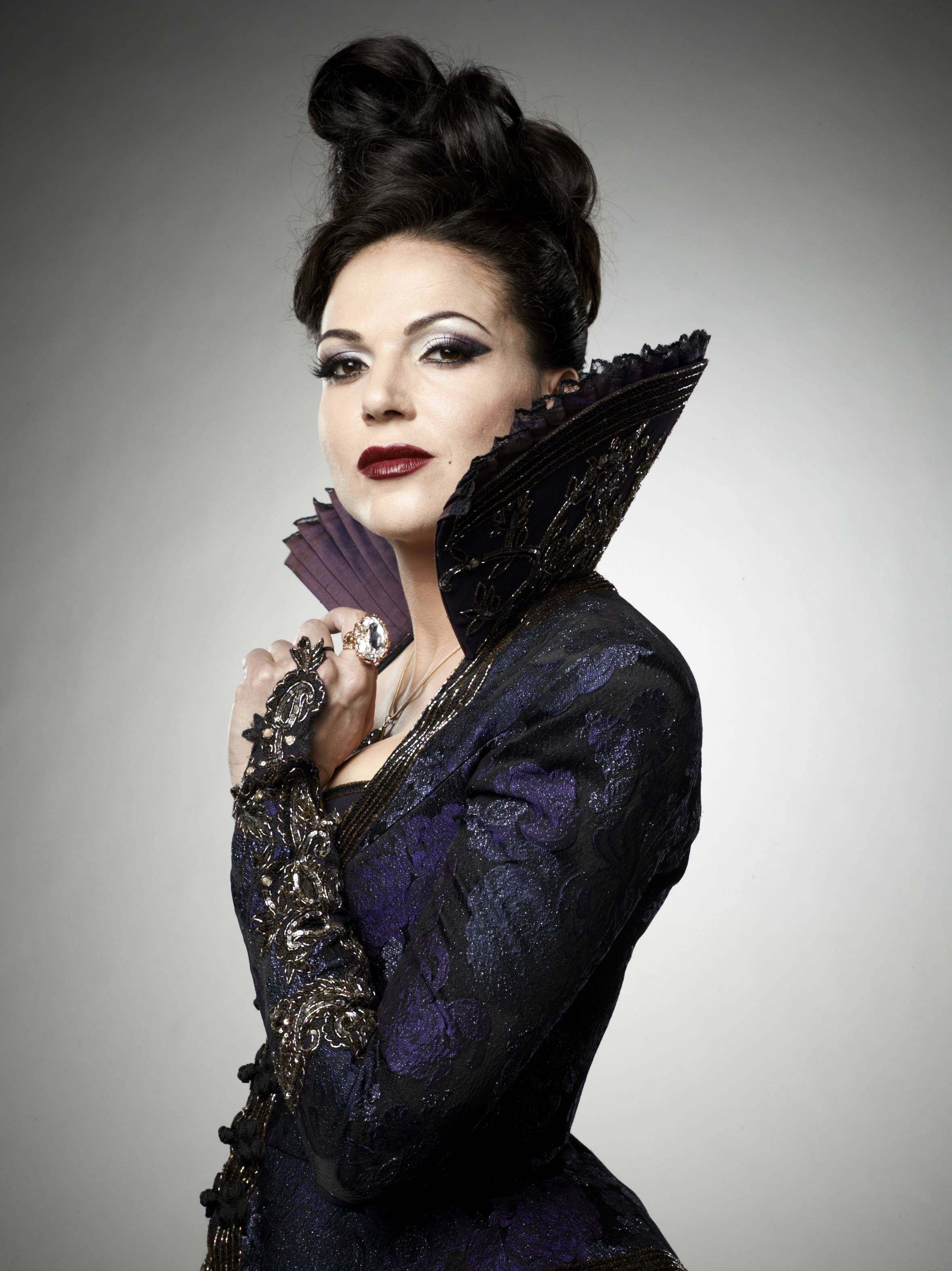 Regina Mills aka the Evil Queen
Lana Parilla is by far one of the best actors on this show. From the very beginning as the Evil Queen, Lana Parilla really took this role and flipped it. From her integrate outfits and make up to her actions, there’s just no doubt that you’re going to love watching this badass Queen on the screen. I really appreciate that she doesn’t very become Good or Evil and shows that it’s possible to have both in a person. We know as soon as we meet her that there’s more to her than just being evil. She has to fight for her good, yes, but it’s very possible for that part of her to come out.

Who would have thought that the Evil Queen would end up being something that we love so much and want the best for. When certain story arcs happened (Robin anyone??), I found myself crying for her. Lana’s ability to share such a different part of Regina’s emotions in a way that If I’m being honest, I don’t think that she got the happy ending she deserved. That’s to be discussed in my thoughts on the story arcs post.

Rumpelstiltskin / Crocodile / Beast / Mr. Gold / Weaver
I want to give a huge thank you to Reading Rainbow for introducing me to the story of Rumpelstiltskin because I was so excited when he was introduced on the show. Robert Carlyle has blown me away with his ability to bring all the different facets of his character to life. He’s such a powerful character on the show but he proves that power (and magic) comes with a price. Along the same lines, even when you are the most powerful person in the world, you might not be as happy as you think you would be. He lost his wife because he thought what he was doing was noble. When that didn’t work and he came The Dark One, it still wasn’t enough and he wanted more.

That’s the crux of his character: finding the balance of what he wants and what he needs and being able to tell the difference between the two. He was the Beast in Beauty and the Beast (my favorite Disney money) and I loved how this was the story that led him to truly change his life. He found his soulmate and had to battle himself in terms of what he needed to do to have his happily ever after. 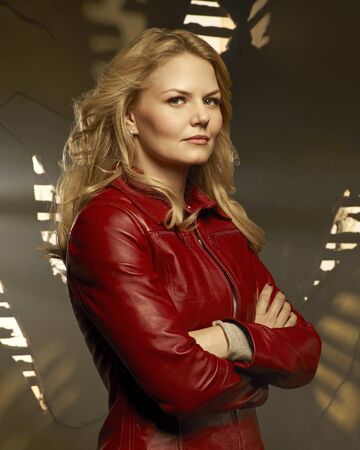 Emma Swan
As I was making this list I realized that I can’t make a list of favorites without having Emma on the list. She is the main character of this show and the person that led to so much changing in the show. Obviously Henry is the one that found her but it’s the literal existence of Emma that was the catalyst for the show. From the very beginning of the show, Emma is not a perfect character or the most fairytale like. She’s extremely flawed and doesn’t trust anyone at all. She has more than enough wall guarding her from any potential pain no matter what form it might come in. As the story goes further and you see her backstory, you can’t really help and feel for her. She’s had to deal with so much in her life because of events that are wholly out of her control. It’s hard to imagine any adult not having lasting issues after some of the events of her life.

Along the same lines, I loved watching her grow and develop as a character. There are some storylines that Emma goes through that I wasn’t the biggest fan of but boy were there others that I loved so much. For one, her the loves in her life has led to some extremely tumultuous moments. And I don’t mean just romantic love. As a child who grew up in the foster care system, she always looked for the love of her parents and family. She also wanted romantic love which led to some very different paths (for example, her having and giving up Henry for adoption). Captain Swan, as you can tell from above, was my number one ship for this show from the very beginning and I have never been more satisfied with how a show wrapped up the story line of a beloved character.

Zelena aka The Wicked Witch of the West

I know that I didn’t love this story line but Rebecca Mader is one hell of an actress and her portrayal is one of my all time favorites of the series. It’s so much fun seeing her go from being the Wicked Witch to just being Zelena and it’s such a great journey. I also loved seeing that she’s physically green because she’s allowed her envy to take total control of her life. Watching the Wicked Witch go from being Wicked to just Zelena was really wonderful.
Belle/Lacey
Did y’all think any list that has to do with fairy tale characters wouldn’t have my favorite Princess? Belle, as always, has been my favorite in so many ways and she’s no exception in Once Upon a Time. I loved all of the different story lines she was involved in on the show. If there’s one thing I loved about OUAT it was how you got to see what our favorites were like before, during, and after their perspective fairy tale stories. Belle is exceptionally brilliant and bookish and kind in this show and she’s brilliantly portrayed by Emilie de Ravin.
Robin of Locksley/Robin Hood
If there was one character death I was not expecting and was absolutely devastated by, it had to be Robin Hood. He was the perfect foil for Regina and their love story was so sweet. I really wanted them to be end game because he’s so kind and patient with Regina. Even when people don’t expect much from Regina, Robin does. He’s able to match wits with her and really show her that she’s capable of love. But he’s also very honorable (even though I hated that story line) and does the best that he can.

Mulan
I really hated how her character was done in this show. Did I love that she was included? Of course! Did I love Jamie Chung’s portrayal? Yes, I did. But boy did I end up always wanting more from Mulan. As one of the few non-white characters in the entire show and such a badass woman warrior, I felt like there were so many avenues the creators and writers could have taken with her.

Snow White
Yet another surprise on this list but I had to include her. She’s so incredibly flawed and layered that it was hard not to love her. While so many aspects of her character stayed true to what we know about Snow White, there were other aspects of her character that were more fleshed out in the show. As someone who considers Snow White and the Seven Dwarfs one of my least favorite Disney Princess movies, I found myself loving her in this story.
What are your favorite characters of this show? Since there are so many characters to choose from, are there certain things you look for in characters for them to be a favorite?
So Much Time But So Little Energy
Once Upon a Time: Favorite Couples