Topic of the Day:
Watching all of the things

I normally don’t create a list of shows I was to watch (or re-watch for so many of these shows) but this year I decided to change that. I’m just going to get into this post.

I haven’t had a chance to watch season 5 yet and before I do, I want to re-watch the rest of the series. It’s one of my favorite shows and it’s been a while since I’ve watched something like this (2020 has led me down a romance binge watch).

I actually didn’t think that I would put this show on this list but here we are. I’ve watched it all the way through once and sporadically over the years since the show ended. I have wanted to re-watch the show for a while now, and this just seemed like the perfect time to do so.

I have watched a few episodes of this show but I have yet to watch it all the way through. I enjoyed the episodes that I watched, but I want to give the entire show a chance. There’s something about Viking shows that I am really into at the moment.

I go back to certain episodes regularly but I have yet to re-watch the entire show all the way through. I think it’s high time I did that now.

If you’ve seen this show, you know that it leads to an interesting viewing experience. I am the kind of person who is easily freaked out and this show leaves me feeling very icky. But it’s such a good show–and sadly on indefinite hold–and I want to go back to it this year.

Look, I know that people love this show, but it hasn’t worked for me in the past. I do want to give it one last go, though, so that’s what I’m doing now. If I don’t like it at all after this, I think it’s fine to say goodbye forever.

I haven’t watched this show in a while but I think it’s high time I come back to it. There’s so much that happens in this show that it leaves me always wanting more.
hehe 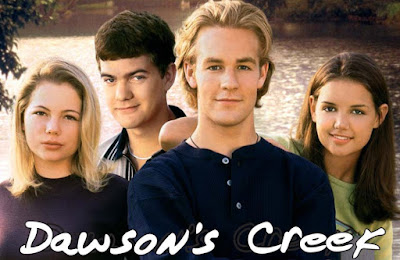