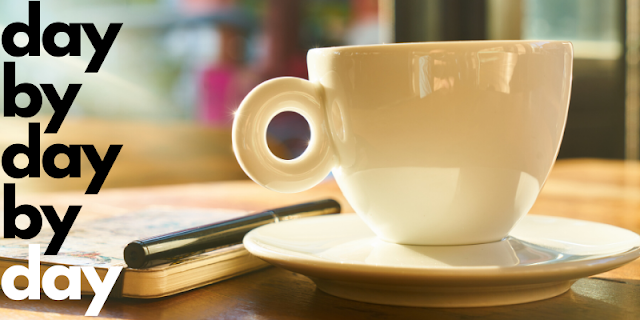 I know the title doesn’t really make much sense but I really wanted the title to work together so that’s what I went with. I’m not even sure if I need to even mentioned what’s going on in the world right now because who doesn’t know what’s going on? It feels like so much of the world has shut down and my life has been put on pause. I know that I have immense privilege in the sense that I have food on my table, a roof over my header and my family with me. We’re all healthy and doing well so what more could I want? Yet, there are so many emotions I’m going through that taking life day by day is the best that I can.

So, today, I’m going to do a general update for the blog. This is more for myself to look back on later but I figured it wouldn’t be a bad thing to post for others (if there are now any readers of this blog now).

Mental/Physical Update
I felt like this had to be the first update that I talk about as the rest of this post won’t make sense otherwise. I’m sure I’m not the only person whose mental health has taken a toll during this stressful time. From work stress to anxiety to having to social distance (when I’m such an extrovert), things have been rough. I’m not doing as bad as I thought I would so that’s been a blessing. I’ve lost a lot of the energy I’ve had to create content and do work in general so that’s something I’m working on getting back.

My physical health has severely gotten worse since I returned home. I planned on simply relaxing while home for the initial two weeks, but I’ve been home for far longer than that. I’m hoping to reset my routine to better accommodate for the time that I’ll still be speeding at home. Here’s to getting healthy again!

Work Update
I found out early this morning that China closed its borders to all foreigners for the forceable future (even residents) which means that I no longer know when I’ll return to China. I had chosen to return a little later in March so this is why I’m still here but I won’t regret it. Some part of me has been wondering if this a sign for me to just stay here in the U.S. and not go back to China at all, but that’s another post entirely. Again, I am extremely fortunate to have a job that I can eventually go back to so I don’t wan to downplay this privilege. However, it is an added stress and I am trying to handle it as well as possible.

Content Update
Again, I unintentionally took a break from content post but I’m trying to make a comeback. I started another blog (I know, I know) but this one is just for books. It’s called In Want of Books and I’m excited to have a space where I can talk all about books. For the most part, I won’t post anything on there other than book reviews (and focusing on adult books). I also decided to come back to my YouTube channel so I’m very excited to continue to post more often.

I’ll be working on creating a posting schedule but I think I’ll end up having content posted five days a week (two blog posts on this blog, two on my book blog, and one video) but we’ll see what happens. It might be easier for me to just post as it going but I want to have content regularly to post. I’m hoping this will also keep my motivated to work and talk about my days as the time goes on.

Reading Update
I did hit a bit of a reading slump because of my mental health but I’m finally making a comeback! I’m 8 books ahead on my Goodreading challenge so that’s been really nice. I’ve read 43 books thus far this year which is a really great number. As usual, historical romance is how I’ve managed to get out of my funk.

So that’s all for all of my updates. I’m not sure if there’s anything else I have to say at this moment but I promise to be back and better than ever. I might do a couple of posts about what I’m doing during this social distancing time period but we’ll see. I hope that everyone is safe and sound!

How Personal Is Too Personal?
Once Upon a Time: Favorite Characters